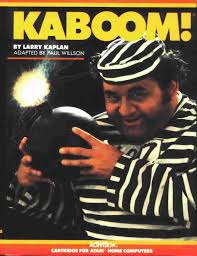 While the Professor Was Away, Did His Roommate Amass an Arsenal?
New York City police officers discovered a small arsenal of weapons and explosives on Sunday in an apartment owned by a university researcher after his roommate accidentally shot himself in the hand, The New York Sun reported today.
The arsenal, which included seven pipe bombs, was found in an apartment owned by Michael C. Clatts, a medical anthropologist and AIDS researcher affiliated with the University of Puerto Rico and with the National Development and Research Institutes, a nonprofit organization that works to deal with HIV-AIDS, substance abuse, and other social and health ills.
Mr. Clatts was not present at the time of the incident, and neighbors said he might be out of the country. His biographical sketch on the institutes’ Web site says he is also an associate professor at Columbia University’s Mailman School of Public Health, but a follow-up article by the Sun reported that a Columbia spokeswoman denied that he taught at the university or was on its payroll.
Mr. Clatts’s roommate, Ivaylo Ivanov, was arrested on charges in connection with the arsenal, which also contained bomb-making equipment, a shotgun, a rifle, a crossbow, a machete, gun silencers, ammunition, and bulletproof vests. He also was charged with marking swastikas and anti-Semitic graffiti in the neighborhood last fall.

Mr. Ivanov, who was said to have shared the apartment with Mr. Clatts for six years, initially told the police he had been shot by an unknown assailant. He later confessed to accidentally shooting himself, an admission that led the police to examine his apartment. The police were also checking into his possible ties to terrorist groups.
The Sun quoted a police official as saying that Mr. Ivanov might have built up the arsenal while Mr. Clatts was away. Still, the official said, the police were looking for Mr. Clatts and eager to interview him. —Andrew Mytelka