An odd but interesting look at anthropology and history, past and future…. 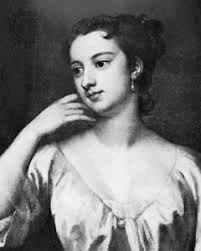 This past week, I’ve been reading two books side by side, coincidentally at first and then more and more intently. They are the letters of Lady Mary Wortley Montagu, perhaps the most accomplished Englishwoman of the 18th century, and “Shikasta,” the first volume of Doris Lessing’s science fiction series called “Canopus in Argos: Archives.”
These books are utterly different in genre and separated by more than two hundred years. And yet as I read, I found myself imagining that Montagu’s letters — written between 1709 and her death in 1762 — formed an extensive chapter within Ms. Lessing’s novel, which is itself made up of letters and bureaucratic reports from an Earth-like world called Shikasta. In other words, I found myself imagining that Lady Mary Wortley Montagu was writing in the future, not the past.
Certain similarities make this easier than it might seem. “Shikasta” is told largely from the perspective of Johor, a benevolent, near-divine emissary from the planet Canopus. The Canopians prompt and watch — often with horror — the development of life on Shikasta.
Johor’s detachment is essentially stoic, and that word is easily applied to Lady Mary Wortley Montagu. Her life was also a series of passages through foreign cultures and an effort to understand how others actually lived. She traveled with her husband to Constantinople in 1717, where he was the English ambassador, and she passed most of the rest of her life looking back at England from self-imposed exile.
It sounds like a strange comparison, and yet as I read, it sounded to me as though Montagu, like Johor, was sending home detailed reports of life on a strange planet. “Mankind is everywhere the same,” she writes to her daughter, then adds: “This observation might be carried yet further: all animals are stimulated by the same passions, and act very near alike, as far as we are capable of observing them.”
What struck me was the impact of reading Montagu as if she were writing from the future. For one thing, it helps undo an inherent chronological bias peculiar to our own time — the belief that we live on a progressive timeline of steady advancement. It’s too easy for us to assume that the past is merely precursor to the present, as if we had absorbed all its wisdoms and replaced its outmoded tools, rendering it irrelevant.
Science fiction of Ms. Lessing’s sort is the comparative study of civilizations, and that is one of Lady Mary Wortley Montagu’s purposes, too. Pretending that Montagu is writing from centuries in the future allows me to see her civilization in its own light, rather than as just a diminished version of ours.
In February 1717, for instance, she writes from Belgrade describing her visit to the battlefield where the Ottomans were defeated six months before. “The marks of that glorious bloody day are yet recent, the field being strewed with the skulls and carcasses of unburied men, horses and camels.” Despite the word “glorious,” these gruesome remains are, to her, evidence that “human nature is not rational, if the word reason means common sense, as I suppose it does.” Her effort to stand back from life — to appraise it unsentimentally — makes her sound as dispassionate as if she had been sent to this sorry planet to appraise its evolution.
The same is true of her efforts to understand Islamic society in Constantinople. She is as eager to expose the falseness of English assumptions about Turkish life as she is to capture the foreignness of what she witnesses there.
There is something deeply appealing to me about this mingling of Ms. Lessing and Montagu. It’s a way of unprivileging our own position as readers, reminding us, as Ms. Lessing does, that we are only one of the many sets of people who will leave traces of themselves during this planet’s existence.