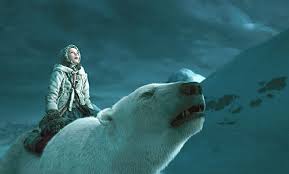 He certainly doesn’t look like a god-killer.
But that’s how critics cast him: a deity-smashing heretic, bent on spreading godlessness with children’s tales.
No, in person, author Philip Pullman, 61, is decidedly professorial, a little rumpled and polite, which is to say, British.
Yet there’s an edge, some minor irritation — possibly because he has weathered a recent wave of attacks from the Christian right over his fantasy trilogy “His Dark Materials.” The first installment, “The Golden Compass,” gets its big-screen debut Friday, starring Daniel Craig and Nicole Kidman.
Opponents have stepped up their campaign against the longtime atheist, whose modern reworking of the Adam and Eve story — and his undoing of original sin — has the Catholic League calling the movie “sugarcoated atheism — just in time for Christmas.”

‘The Golden Compass’ author doesn’t look like a ‘god-killer’ — chicagotribune.com