Okay, this week, these are the two most terrifying guys on the planet. If there was a word to describe what the world has suffered or might suffer from them it might be Chiulliany! 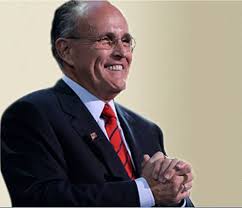 Cheney continues to urge Iran strike
At a press conference on Thursday, President Bush delivered an apparent threat against Iran, stating, “One of the main reasons that I asked Ambassador Crocker to meet with Iranians inside Iraq was to send the message that there will be consequences for people transporting, delivering EFPs, highly sophisticated IEDs, that kill Americans in Iraq.”
Neither Bush nor the State Department would elaborate on the meaning of “consequences.” However, McClatchy Newspapers reports that “the president’s top aides have been engaged in an intensive internal debate over how to respond to Iran’s support for Shiite Muslim groups in Iraq and its nuclear program. Vice President Dick Cheney several weeks ago proposed launching airstrikes at suspected training camps in Iraq run by the Quds force, a special unit of the Iranian Revolutionary Guard Corps, according to two U.S. officials who are involved in Iran policy.”
The Guardian reported in July that Cheney has been continuing to press for military action against Iran. When Larry King asked Cheney in an interview on July 31, “”Would you make an overt move on Iran?” Cheney said with a grin, “For what reason?” He then added, “I’m not going to speculate about prospective operations.”
Media campaign against Iran accelerates
The degree of responsibility than can be placed on Iran and the Shiite groups it supports for current attacks in Iraq is not clear. Until recently the US tended to blame most Iraqi violence on Sunni insurgents and al Qaeda. However, what McClatchy describes as a “growing drumbeat of allegations about Iranian meddling in Iraq” appearing in US media is beginning to remind observers of the media campaign in 2002 that led up to the invasion of Iraq.
For example, in Wednesday’s New York Times, Michael Gordon reported that “attacks on American-led forces using a lethal type of roadside bomb said to be supplied by Iran reached a new high in July, according to the American military. … Such bombs, which fire a semi-molten copper slug that can penetrate the armor on a Humvee and are among the deadliest weapons used against American forces, are used almost exclusively by Shiite militants. American intelligence officials have presented evidence that the weapons come from the Islamic Revolutionary Guard Corps in Iran, although Tehran has repeatedly denied providing lethal assistance to Iraqi groups.”
The bombs Gordon described are the “EFPs, highly sophisticated IEDs” that Bush referred to at his press conference the next day.
According to Editor & Publisher, Bush’s statement “was reminiscent of the day in September 2002 when Cheney and other officials went on Sunday talk shows and touted the now-infamous Gordon-Judith Miller front-pager in the Times on the ‘aluminum tubes’ in Iraq and the possible ‘mushroom cloud’ on the horizon. The Times, and Gordon specifically, have been giving the unproven Iranian IED charges far more prominent play than any other major news outlet.”

9/11 workers outraged by new Rudy claim
Rudy Giuliani drew outrage and indignation from Sept. 11 first-responders yesterday by saying he spent as much time – or more – exposed to the site’s dangers as workers who dug through the debris for the missing and the dead.
Speaking to reporters at a Cincinnati Reds ballgame he caught between fund-raisers, the GOP front-runner said he helped 9/11 families and defended himself against critics of how he managed the attack’s aftermath.
“This is not a mayor or a governor or a President who’s sitting in an ivory tower,” Giuliani said. “I was at Ground Zero as often, if not more, than most of the workers. I was there working with them. I was exposed to exactly the same things they were exposed to. So in that sense, I’m one of them.”
His statement rang false to Queens paramedic Marvin Bethea, who said he suffered a stroke, posttraumatic stress disorder and breathing problems after responding to the attacks.
“I personally find that very, very insulting,” he said.
“Standing there doing a photo-op and telling the men, ‘You’re doing a good job,’ I don’t consider that to be working,” said Bethea, 47.
Ironworker Jonathan Sferazo, 52, who said he spent a month at the site and is now disabled, runs a worker advocacy group with Bethea and called Giuliani’s comments “severely” out of line.
“He’s not one of us. He never has been and he never will be. He never served in a capacity where he was a responder,” Sferazo said.
In the aftermath of the attacks, admirers dubbed Giuliani “America’s Mayor,” praising his leadership in the face of an unprecedented disaster. Detractors, including the International Association of Fire Fighters, which put out a scathing 13-minute video on his performance, suggested he profited politically and financially from the attacks.
“[Giuliani] is self-absorbed, arrogant and deluded,” said IAFF spokesman Jeff Zack.
Responded Giuliani spokesman Michael McKeon, “Americans saw Rudy’s performance for themselves during the aftermath of 9/11 and will dismiss this as the ridiculous and partisan rantings of a Democratic front group, because that’s what they are.”
Giuliani backer Lee Ielpi, a retired firefighter who lost his son, said no one’s saying Giuliani dug through the rubble personally, but that doesn’t mean he wasn’t exposed to toxins.
“For me to say I saw him every day [would] not be fair,” said Ielpi, who participated in the recovery effort for nine months. “But I can say I did see the mayor there a large number of times, [trying] to be as helpful and supportive as possible.”