It’s nice I don’t have to do that. I’d have to work really hard. I’d probably never be able to sleep. And I’d still have to take out loans…lol.
cd 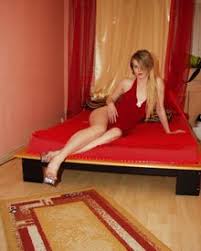 French Students Increasingly Become Prostitutes to Pay Tuition, 2 Books Suggest
Two books published in France last week have focused attention on the phenomenon of young women moonlighting as sex workers to finance their university education, The Guardian, a British newspaper, reported today.
One book is a memoir of a 19-year-old modern-languages major named Laura who writes that, in her first year at an unnamed university, she was obliged to resort to prostitution in order to support herself. The other book is a study by Eva Clouet, a 23-year-old master’s student in sociology at the University of Toulouse II, Mirail. In La prostitution étudiante (Student Prostitution), Ms. Clouet focuses on how the advent of the Internet has facilitated certain kinds of prostitution, such as escort work, that students find more palatable than “traditional” streetwalking.
In publicity materials on its Web site, Max Milo, the publisher of both books, cites recent estimates by a student union that as many as 40,000 French students resort to prostitution to finance their studies.
The French newspaper L’Express, which published excerpts of Laura’s memoir, noted in its coverage of the two works that the police estimate the figure at 15,000 to 20,000 students.
A 2006 survey by Kingston University, an institution southwest of London, suggested that the number of British students resorting to sex-industry work to finance their studies had risen sharply in recent years, spurred by recent increases in university tuition.
Desperate students in Britain, Russia, Ukraine, and the United States have, however, long resorted to sex-related jobs to finance the cost of their studies. —Aisha Labi