I thought this was just a story my mom used to tell us…I guess it really happens. 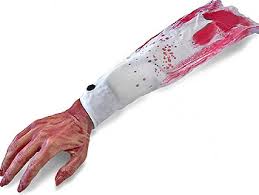 CANBERRA (Reuters) – An Australian man who waved out of a car window at two young women was expected to lose his arm Monday after it was almost severed by another passing vehicle.
The 20-year-old was a passenger in a pick-up truck at Bunbury, in Western Australia state, when he waved at two women in a car wash.
But as he put his arm out the driver made a right hand turn and the man’s limb was struck and almost torn off by an oncoming four-wheel-drive.
“His left arm was partially severed and doctors believe the limb may need to be amputated,” police said.