This is the model we should be pursuing….lets become Producers not Consumers…
cd 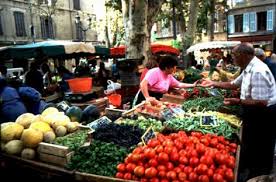 from The Island of Doubt

Look what the French are up to on the climate change front. According to Nature, a wide coalition of government, business, labor and environmental advocates have agreed on the following:
All newly built homes to produce more energy than they consume by 2020. Renovate all existing buildings to save energy. Ban incandescent light bulbs by 2010. Reduce greenhouse-gas emission by 20% by 2020.
Increase renewable energy from 9% to 20-25% of total energy consumption by 2020.
Bring transport emissions back to 1990 levels. Reduce vehicle speed limits by 10 kilometres per hour. Taxes and incentives to favour clean cars. Shift half of haulage by road to rail and water within 15 years. Develop rail and public transport.
Reduce air pollutants quantitatively.
Create a national network of ‘green’ corridors and nature reserves.
Increase organic farming from 2% to 6% of total acreage production by 2010 and to 20% by 2020.
Ecological groups to be stakeholders, like trade unions, in government negotiations.
Create a body to review planting of genetically modified crops on a case-by-case basis.
The groups’ conclusions, released on 27 September, include 60 pages of recommendations, and more than 1,000 pages of conclusions from some 300 participants in 8 working groups. They are now open to public consultation on the Internet, with the government deciding on its final actions at the October summit.