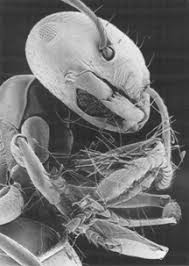 An 8-million-year-old bacterium that was extracted from the oldest known ice on Earth is now growing in a laboratory, claim researchers.
If confirmed, this means ancient bacteria and viruses will come back to life as ice melts due to global warming. This is nothing to worry about, say experts, because the process has been going on for billions of years and the bugs are unlikely to cause human disease.
Kay Bidle of Rutgers University in New Jersey, US, and his colleagues extracted DNA and bacteria from ice found between 3 and 5 metres beneath the surface of a glacier in the Beacon and Mullins valleys of Antarctica. The ice gets older as it flows down the valleys and the researchers took five samples that were between 100,000 and 8 million years old.
They then attempted to resuscitate the organisms in the oldest and the youngest samples. “We tried to grow them in media, and the young stuff grew really fast. We could plate them and isolate colonies,” says Bidle. The cultures grown from organisms found in the 100,000-year-old ice doubled in size every 7 days on average.
Sluggish growth
Whereas the young ice contained a variety of microorganisms, the researchers found only one type of bacterium in the 8-million-year-old sample. It also grew in the laboratory but much more slowly, doubling only every 70 days.
By examining the average length of DNA fragments found in all the ice samples, the researchers determined that frozen DNA is progressively degraded as time passes. Its half life is 1.1 million years – that is, after 1.1 million years half the original DNA has been degraded.
The researchers believe the DNA is degraded by cosmic rays, which are particularly strong at the poles where the Earth’s magnetic field is at its weakest.
Paul Falkowski of Rutgers University, who led the study, describes the ancient bacteria as small round cells that had been in a “suspended state of animation for 8 million years”. He says the increasingly rapid flow of glaciers into the ocean as a result of global warming could release new organisms into the sea but he does not believe this is cause for concern because marine bacteria and viruses are typically far less harmful to human health than, for instance, those found on land.
Gene bank
Russell Vreeland of the Ancient Biomaterials Institute at West Chester University in Pennsylvania, US, agrees. “This has been happening probably for a long, long time. Ice freezes and melts, rocks sink and are eroded. Microbes have been involved with this process for almost 4 billion years,” says Vreeland, who has resuscitated 250-million year-old bacteria found in salt crystals. “Earth acts as a gene bank for microbes.”
Similarly, Falkowski and his colleagues describe the glaciers as “gene popsicles” containing DNA that can be acquired by existing organisms when it is thawed.
Vreeland says Falkowski has made a “fascinating discovery”. But he says there is a chance the ancient bacteria are in fact very young. Ice, says Vreeland, is a very difficult material to work on without contaminating it. Falkowski’s team treated their samples with 95 per cent ethanol and bleach, which Vreeland says are not effective sterilisers.
“I don’t see anything wrong with an organism surviving this long but I wouldn’t use these techniques,” he says.
If true, however, Falkowski’s findings could considerably extend the record for the oldest DNA frozen in ice. Last month, a team of researchers led by Eske Willerslev of the University of Copenhagen in Denmark announced that they had recovered DNA from the Greenland ice sheet that was up to 800,000 years old (see Oldest frozen DNA reveals a greener Greenland).