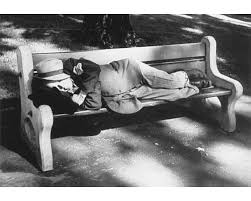 * Evoking Depression-era memories, Wells Fargo & Co. President John Stumpf on Thursday became the latest banker to predict continuing difficulties in the U.S. housing market as risky mortgages made to overextended borrowers disintegrate into large loan losses.
* Stumpf said the current real estate conditions are the worst he has experienced during his 30-year career. He then punctuated his gloomy assessment by harking back to the deepest downturn of the 20th century.
* “We have not seen a nationwide decline in housing like this since the Great Depression,” he said.
* San Francisco-based Wells Fargo, the fifth largest U.S. bank, so far has fared far better than virtually all of its peers. (read: credibility)
* That’s because Wells Fargo sold most of the $2 trillion in home loans that it has originated since 2001 and invested relatively little money in the mortgage-backed securities that have been saddling other big banks with huge losses. In contrast, Wells Fargo ended September with $581 million in unrealized investment gains on its books.
* Stumpf said he didn’t even know about some of the exotic mortgage investments that enticed other banks until he read about them in the newspaper. (read: credibility)
* “It’s interesting that the industry has invented new ways to lose money when the old ways seemed to work just fine,” Stumpf said.
* He blamed much of the real estate turmoil on low interest rates, unscrupulous lending practices and outright greed as housing prices steadily climbed until 2006.
* “The losses have turned out to be greater than expected because home prices have declined faster and deeper than expected,” said Stumpf. He cited the Midwest’s “auto-belt” states and California’s Central Valley – a swath stretching from Sacramento to Bakersfield – as Wells Fargo’s biggest headaches.
* Stumpf indicated 2008 will be even more challenging, particularly if home prices continue to erode while more adjustable-rate mortgages reset to higher payments. The result is that some families can’t pay – or stop paying – their mortgages.
* “I don’t think we’re in the ninth inning of unwinding this,” Stumpf said. “If we are, it’s an extra-inning game.”