As yet another example of how bizarre the world has become, John “I no longer talk to reporters but I still call my bus the straight talk express” McCain decided to suspend his campaign today to focus on the economy. He even asked to cancel the debates on Friday. This is almost as insane as asking a psycho moose hunter mom with a disabled child who apparently cheated on her husband to be his running mate. Okay, this might be even more insane. Seriously, if you hate Obama, please don’t vote for this crazy ticket. Vote for Ralph Nader. He is more conservative than any of the so called ‘conservatives’. And if you love Obama, well, then there is no doubt that you will vote for Obama is there. That’s the thing with McCain. No one loves him. They just hate Obama. As for me, I just love Nader. How can any other candidate compare? He is the only guy that is actually Presidential that I’ve seen in my lifetime. I trust him.
If you haven’t figured out how odd the times are, you need to go watch this free online video from Chris Martenson’s Crash Course. It is only about eight minutes and it will put everything into perspective for you.

Seriously, drop what you are doing and take 8 minutes to watch this video that will explain the economics of the times we live in. Just freaking do it.

I’m glad there aren’t any of Biden. Actually, I haven’t looked, there might be. These are not confirmed, but it looks like the real deal. From OSI There’s a conservative for you.

Whether McCain or Obama wins, the United States is in trouble. The first thing you need to think about is how are you going to survive what comes next. My first recommendation is to read Rough Living: An Urban Survival Manual. Use it to change the way you think about what you need and what you have.
Remember that you can use the three A’s to get what you need, but that is it. Get the manual and learn this stuff ASAP.
Buy it.

I wonder what kind of abuse? Did he abuse her like she was a gopher?
cd 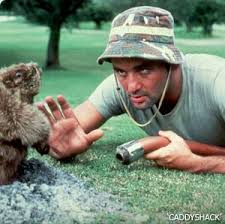 Jennifer Butler Murray, who is the wife of celebrity movie star Bill Murray, has filed for divorce after 11 years of marriage, claiming he abused her and is addicted to marijuana and alcohol.

This letter comes from Moores website at michaelmoore.com. The best part of it is that the Clintons brought Jeremiah Wright to the White House for spiritual counseling. Why haven’t we heard about that before? Is it because they are white? Personally, I think black people have more than enough reason to be pissed and they weren’t the only people in America that were glad to see anyone try to knock us to our senses. It’s just a shame it didn’t work. It knocked whatever sense we had left right out of us.
cd

I left the ride early to have some beers with friends…the cops were definitely more aggressive this time throughout the day. I’m glad i missed this mess.

On March 28th we set out for a nice evening bike ride known as Critical Mass. I guess its been going on for years here but only in recent months has it grown into a comfortable experience,
until,
…”Taking the same route as the last time but omitting the ‘trial run’ through Chinatown (because we agreed that it sucked last time) our solid little Mass of 50 or so (really hard to get a count, and we picked up several riders along the way) made slower progress than last time in an effort to stay together, and generally we succeeded. With a festive carnival atmosphere, we proceeded down to Waikiki, picking up a couple of young teenagers on their bikes as well as a young woman with dreads and several local folk on bikes and skateboards that got caught up in the energy of the mass. It was at around this point that the police started issuing tickets.
Being generally ineffectual using their usual tactics (as usual), it appeared to me that they decided to target specific bicyclists who they saw committing what they considered to be especially egregious acts, such as going the wrong way or intentionally blocking cars. Starting at the bridge into Waikiki, they made several attempts to make contact with individuals, some successful and resulting in tickets, and some unsuccessful and resulting in escapes and red-faced officers. Their method was to stop a squad car ahead of the Mass, get out, and try and grab someone on a bike, and each time a SPECIFIC someone that they had already decided to issue a specific ticket to. When stopping bikes they ran into bicycle traffic and just tried to snatch at the rider as he passed.
As we rounded and left Waikiki, their frustration began to become apparent as I saw them issue a ticket on the way out, and then soon thereafter I saw them handcuff and stuff into a squad car one of the teenagers that had joined up. I am guessing that the kid was 14 or 15 years old, and I would be willing to bet that he was not aware of anything called Critical Mass.
It was only a few minutes later that the incident occurred. Basically an HPD officer who was not using good judgment caused a serious accident by his reckless and negligent acts.
The squad car stopped directly in front of the main Honolulu Police Department headquarters, just one long block away from the Capitol and the end of the Mass (see specific location info below). Officer Araki (Badge #2410) got out of the car and faced the oncoming Mass, targeting a specific individual on a bicycle. With single minded purpose, Officer Arakai ran towards the Mass from the side, trying to execute a full body tackle against a bicyclist that he never took his eyes off of, apparently never considering the obvious inevitability of an accident if he ran into a stream of heavy bicycle traffic. He certainly should have stopped and considered the possibility that his violent, reckless and negligent attempt to body-check a bike to give a $90 traffic ticket could cause a serious injury to an innocent third party…
The female bicyclist was riding in a legal position, in fairly heavy bicycle traffic. Throughout the ride as far as I saw she had maintained a legal position and appeared to be a fairly timid and inexperienced rider. When the incident occurred there were people all around and there was not much room to maneuver. Officer Araki (Badge #2410) ran from the side and attempted to tackle the male on a bicycle, and when he missed he slammed into her and knocked her down. She never saw him coming; he came at her from the side and slammed her before she knew what was happening. He went down at the same time as she did and another girl ran over him on her bike and went down also, but not nearly so hard as the subject bicyclist did. Her head made a loud hard sound on the asphalt, and she was rendered unconscious. In the opinion of myself, and all the other witnesses I talked to, the officer was trying to get that one kid, and he was not paying attention to anything else, and what he did was extremely dangerous and was recklessly negligent, and it was obvious that his actions had the potential to injure innocent people. He basically caused an accident because he did not care who got hurt, he did not care about anything else but trying to nail that one kid. An ambulance was called by a bystander because the police were just standing around not doing anything (911 and dispatch records may show that the call was made before the cops made the call) The cops made her sit around, and she was obviously disoriented. She sent the ambulance away because she was worried about the expense and at no time did the HPD there take responsibility for what they did and help her. Finally after much delay HPD started to get worried about their liability, and drove her to the hospital themselves.

DUBAI (Reuters) – Osama bin Laden urged Palestinians on Thursday to use “iron and fire” to end an Israeli blockade of Gaza, in a recording after the Vatican rejected accusations by the al Qaeda chief of a “new crusade.”
In an audiotape broadcast by the Qatar-based Al Jazeera satellite channel on Thursday, bin Laden urged Muslims to keep up the struggle against U.S. forces in Iraq as a path to “liberating Palestine.” The tape was released around the fifth anniversary of the U.S. invasion of Iraq.

END_OF_DOCUMENT_TOKEN_TO_BE_REPLACED

Chavez has the best lines of any dictator. Hands down.

CARACAS, Venezuela – President Hugo Chavez dared the U.S. on Friday to put Venezuela on a list of countries accused of supporting terrorism, calling it one more attempt by Washington to undermine him for political reasons.
“Let them make that list and shove it in their pocket,” Chavez said in a televised speech.
In recent days, American hawks have sharpened their rhetoric against Chavez. Chavez responded to multiple barbs from Bush, who on Wednesday accused Venezuela of squandering its oil wealth internationally “to promote its hostile, anti-American vision.”

I love bicycles. Nice that no one was hurt or injured.
cd

NEW YORK – A small bomb caused minor damage to a landmark military recruiting station in the heart of Times Square before dawn Thursday, and police were searching for a hooded bicyclist seen on a surveillance video pedaling away.
The video shows the bicyclist getting off a bike at 3:40 a.m. Thursday and walking toward the building. A minute or so later, the person returned to the bike and rode away. A brief flash and a cloud of white smoke follows.
A bike, believed used in the crime, was later found in the trash on West 38th Street, Police Commissioner Raymond Kelly said.