I never liked Brokeback Mountain as much as I hoped I would, but this hasn’t diminished my enthusiasm for Lee’s films, especially The Ice Storm and The Wedding Banquet. 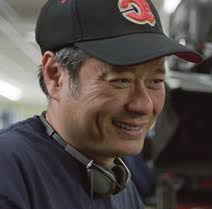 Ang Lee, the director who pushed boundaries with his controversial Brokeback Mountain, has just earned an NC-17 rating for his latest film Lust, Caution. According to Variety, Focus Features, the studio behind the erotic espionage thriller, is okay with releasing it as-is.
The film was co-written by Focus’ CEO James Schamus and Wang Hui Ling. The plot is based on a short story by Eileen Chang, and revolves around a shy Chinese drama student who gets pulled into an assassination plot against a Japanese collaborator during WWII. The film, which is in Mandarin, is Focus’ main Oscar hopeful.
Schamus stated, “As with so many of his previous films, Oscar-winning director Ang Lee has crafted a masterpiece about and for grown-ups.” While the MPAA didn’t state why the film got an NC-17, it is known that the film does depict extended and vigorous lovemaking in a variety of provocative sexual positions.