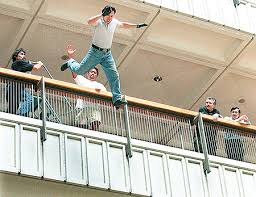 Honolulu council member Rod Tam has introduced a bill that would ban sleeping or lying down at bus stops. I think this is a great idea. Bus stops should be for bus riders. And they should look like this:

The problem with letting the homeless use bus stops as shelter is that it discourages other folks from riding the bus because not only do they sleep there, they shit and piss nearby, they leave their garbage (often their belongings), and they scare the hell out of timid commuters who might otherwise leave their cars at home.
We have enough cars on Oahu to circle the island 8.5 times if lined up end to end. That’s a lot of fucking cars. Way too many.
Tam is a controversial guy, either ignorant or naive depending on who you listen to. Recently he used the term ‘wet backs’ to describe hispanics, he claimed it was only because he was naive about the origin of the term…as odd as it sounds, that’s possible here in Hawaii. Local culture is pretty different from North America and sometimes folks here are pretty clueless about the political correct way of doing things. By nature, Hawaii is not a politically correct place. There is along history of people mercilessly making fun of each other here and nothing is off limits, not ethnicity, not gender, not deformities, not even sexual preference. All that is changing though. 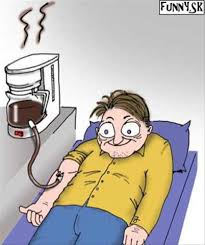 Elsewhere in Hawaii someone stole half a ton of green coffee beans from Kailua-Kona. Big Island police are looking for 24-year-old Donimic Brooks, who is believed to be involved in the heist of the green coffee beans. My suggestion is look for the guy with the giant mug of coffee that he can’t hold without spilling.
Over in the other part of Hawaii, that we call Japan, there is an epidemic of the elderly killing themselves. I think it’s a good idea. The Japanese are sensible people. Always have been except for that idea about bombing Pearl Harbor.

And, those not so sensible Russians have unveiled a monument to the enema.

Tehy love to make statues in Russia, if not Lenin than an enema bulb. Lovely nurses though…they almost make it seem appealing.
Not so enjoyable is the conviction of Briana Waters, 32, of Oakland, Calif., in Tacoma (fair city of my birth). She was an Evergreen State College student who acted as a lookout in 2001 when others set fire to the Center for Urban Horticulture in Seattle. The Earth Liberation Front claimed responsibility, saying that researchers there were genetically modifying poplar trees.